This Fun Monday, Sayre from Sayre Smiles wants us to:


think about the movies that we OWN. Not movies we've seen, but the ones we felt strongly enough to go out and buy. We will be our very own awards committee, awarding movies an Oscar in the following categories:
BEST PICTURE, BEST ACTOR, BEST ACTRESS, BEST SUPPORTING ACTOR, BEST SUPPORTING ACTRESS, BEST ANIMATED PICTURE, BEST SCORE and
BEST GROUP (Some movies come out with several parts or sequels. Most everyone's got at least one set of something on their shelves - why that one?)
You can include your nominations if you wish, but I'd also like to know why you think your winner in each category deserves to win.
Well Sayre, we own many, many movies. Actually, let me re-phrase that...my daughter owns many, many movies, as she is the movie-a-holic in the family.  She has quite a collection too~! 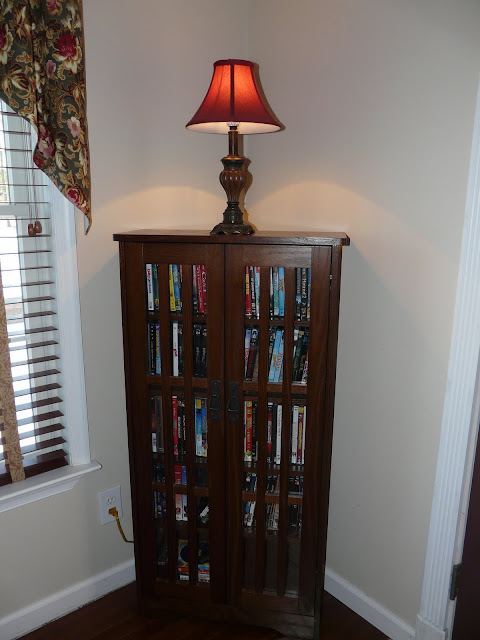 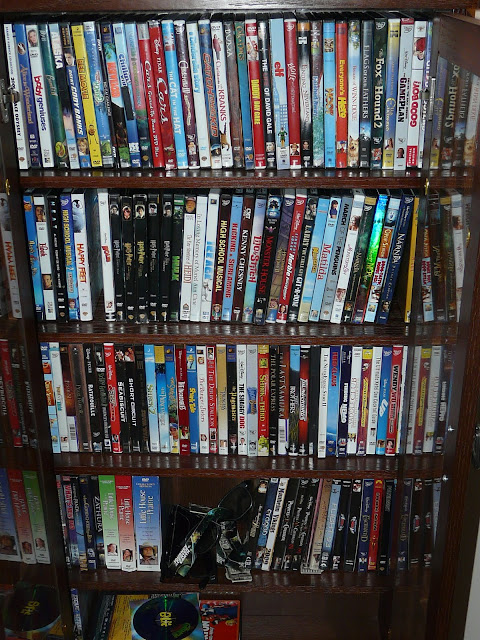 This is only a portion of the entire collection. There are equally as many in the play room upstairs. At one time, all the movies were alphabetized. But over time, they have lost their sequence. So out of our movie collection, I would have to award an Oscar to the following motion pictures and movie stars:
BEST PICTURE: Australia (2008), starring Nicole Kidman and Hugh Jackman

Australia is an epic romantic action adventure film, which takes place in the WWII era.  It is my favorite because it combines romance, adventure and comedy and the scenery is breathtaking. 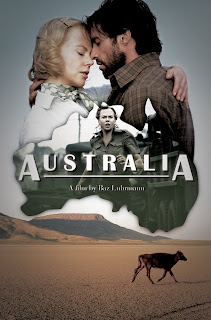 Not sure why, but I am so intrigued by the mystery and fantasy that the trilogy offers. 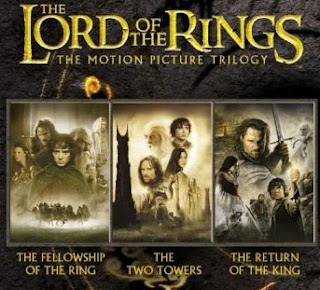 BEST ANIMATED: It is a toss up between Up and Ice Age I, II & III

I have a soft spot for animated films. I cried during the movie Up and LMAO watching Ice Age I, II & III 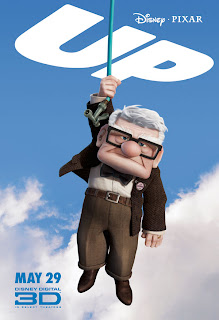 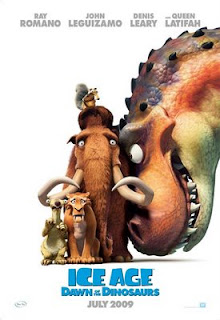 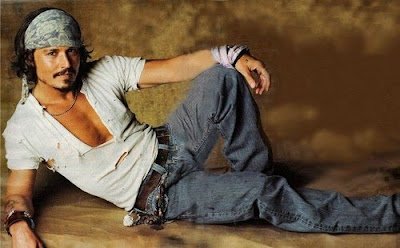 I've liked every movie she has ever acted in.


This was fun, but was also very difficult. I love so many of the movies in our collection and found it hard to pick just one winner for each category.  Thanks again for hosting, Sayre.
p.s. Don't forget.....I am hosting next week's Fun Monday and will have the topic posted on Wednesday. So be sure to come back now, hear?

I agree with you on Johnny Depp. I think he and Robert Downey, Jr. are the best actors of this time. But I don't own any movies with them in it!

Thanks for playing (and hosting next week!).

I wholly agree on Lord of the Rings, Up, and Johnny Depp!

I love that there are animated films getting awards. We have pretty much that and nothing else! Fun! I never did 'get' Johnny Depp and see he's going to be playing some sort of clownish figure in the upcoming Alice and Wonderland and looks a bit creepy! Then again, I don't like clowns!

I would love to come over and thumb through your collection!!
It's like a candy store!!

I just noticed my comment did not go through this morning. You do have quite the movie collection...I think Carley should be a movie critic. I loved UP..it was such a cute movie...I also cried. I agree..Nicole Kidman is a great actress. Thanks for sharing Kel and Happy FM

I think your daughter and I are kindred spirits! Recommendation for her-"What a Girl Wants". Very charming with Colin Firth playing an English dad to an American teen--good music as well.

For grownups, Australia was a fav from last year and for all your reasons,CL. I just recently saw another really great Nicole Kidman and Sean Penn film--The Interpreter. We like to claim Johnny Depp as a Kentucky boy. :-)

Fortunately I sit on my chair, lol ! what a collection ! That's a whole library !
I am not a movie freak and I don't know who is the best or not. I watch a movie and I like it or not, lol !

I feel bad to miss Up! I LOVE your list...and I would love to borrow some of your collection!

UP! I love this movie. I watch at least once a week. I am a kid at heart I guess. Plus that little boy is so cute and funny.

Ice Ages and UP were fabulous movies. I'm not familiar with some of the other titles but will have to add them to my list to check out!